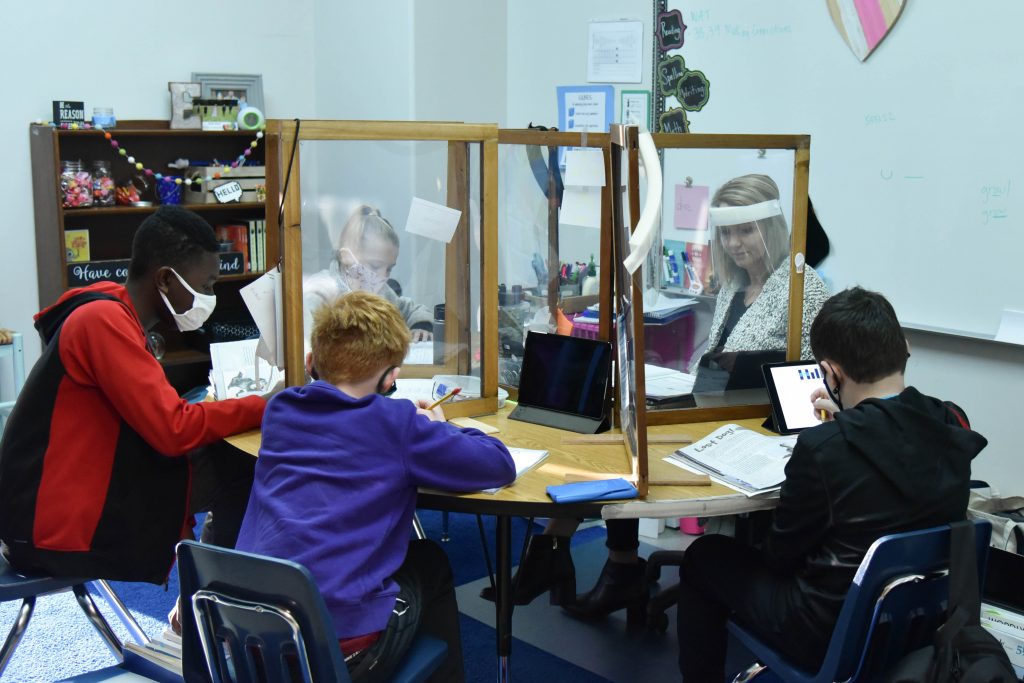 The vision of GLC is to make this successful teaching method available to as many students in Pitt County and the surrounding counties, as possible. GLC will continue to serve the needs of Pitt County students by working in partnership with Pitt County Public Schools and area private schools. It is also our goal to work with families and students in need of financial assistance by offering scholarships. In addition, GLC hopes to cooperate with ECU as a resource for future teachers and as an official internship site and volunteer service center. We look forward to becoming a vital resource for the east.
Greenville Learning Center does not discriminate on the basis of race, color, national and/or ethnic origin in administration of its educational policies, admissions, scholarship programs, or any other administered programs.

The doors of Greenville Learning Center opened in the fall of 2002. It was the vision of three local families who shared the need for this type of school for their children and others in Pitt County. In 1997 they sought the guidance of The Hill Center and began the process of modeling their successful program.

Over the past years, we have served students from the following schools:

Words from a founding parent

As one of the founders of GLC and parent of an alumni student, it has been amazing to watch the journey of this little school develop. In the beginning, many thought it would be impossible to start such a project in eastern NC, but the determination of three mothers cannot be underestimated. The idea began to take root in 1997 after a visit to The Hill Center in Durham. It was determined by the three founding families at that time to make an investment and to begin to hire teachers to train in The Hill Center Methodology. Laura Bruce Hadley Nichols came on board and eventually became the school’s director. Dr. Michael Priddy who was a superintendent of Pitt County Public Schools at the time, made the trip to Durham with the founding mothers along with Mr. Larry Seigler (GLC board member), and Dr. Marilyn Sheer (previous Dean of ECU School of Education). We met with The Hill Center professionals and Dr. Priddy and decided that GLC would be a great partner with Pitt County Schools. The meeting was successful and afterwards Dr. Priddy granted transfer credit to GLC from Pitt County Schools. From this point on, GLC has been helping children throughout Pitt County meet their academic potential and feel good about who they are even though they learn differently.